0
was successfully added to your cart.

5 Things You Didn’t Know About Solar This blog post was featured on KSL prior to the Deseret Home Show.

Solar energy is a resource with many benefits. It’s sustainable for energy consumption and continuously renewable. Not only can solar power be used to generate electricity, it can also be used to heat water. You may have already known these tidbits of information, but here are five additional facts that may surprise you about electricity and solar energy in Utah.

If you were to research energy costs by state, Utah would appear to be one of the cheapest states. While this may be true in general, there is a big variance between commercial and residential cost per kilowatt hour.Residential rates average between 9 – 12 cents per kilowatt hour for the average home, and even more for larger homes. Summer costs can get even more expensive, with even higher rates charged to those who use over 1,000 kilowatt hours per month.

Kelly Curtis, Director of Operations at Solaroo Energy, a Utah based solar energy supplier, touched briefly on how the costs of residential electricity can add up quickly.”When it comes to commercial energy, the general rates for an average business are at three to four cents per kilowatt hour. Although that may be cheap, compare it to residential electricity. A house that is 4,000 square feet or more can be charged as much as 14.5 cents per kilowatt hour.” 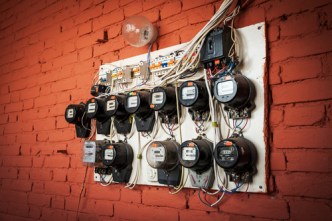 According to the State of Utah Public Service Commission, one Utah power company has averaged 4.44 percent increases since 2000. In the last seven years alone, the rates have gone up 50 percent. The latest rate increase was levied just last month. “Utility rates have a history of going up, and they are projected to increase even more, whereas solar energy is fixed. You pay for it up front, but the cost of producing energy is fixed over the life of the system, and results in huge savings,” Curtis says. “Solar gives you the opportunity to control your rates, and control your power.” With solar energy, you are purchasing your own electricity generation at a fixed cost, allowing you to maintain the same energy rates for 25 years or longer. The best part is that the longer your solar panels produce energy, the cheaper your energy will be.

You can now have a warranty on your solar system (not the one made up by planets orbiting the sun) that will guarantee how much energy you will produce over the next 25 years. While many companies offer leases for their solar panels, keep an eye out for a good warranty and production guarantee.

Advancement in technology is the main reason why U.S.-based manufacturers are now willing to warranty entire systems and components for 25 years. Curtis also mentioned how using specially designed solar panels from SunEdison, a Fortune 1000 company and a global leader in solar technology, can make all the difference when switching to solar energy. “Many solar energy companies continue to purchase their solar panels from China because they are really inexpensive, but they are also poorly made. These solar panels lose their effectiveness only after a few short years,” say Curtis. “SunEdison guarantees that your panels will produce the energy we say they will over 25 years.”

Solar system costs have come down in Utah

The cost of installing efficient, reliable, and maintenance-free solar systems in Utah is much more affordable compared to other states, according to Solaroo Energy. For example, systems in California can cost up to $7 per kilowatt, whereas in Utah, systems will cost as little as $4 or less per kilowatt. The cost of solar energy has decreased over the last few years. With the ever-increasing electric rates, the time has never been better for installing solar systems in Utah.